Meeting the Father of the Internet – Vint Cerf! 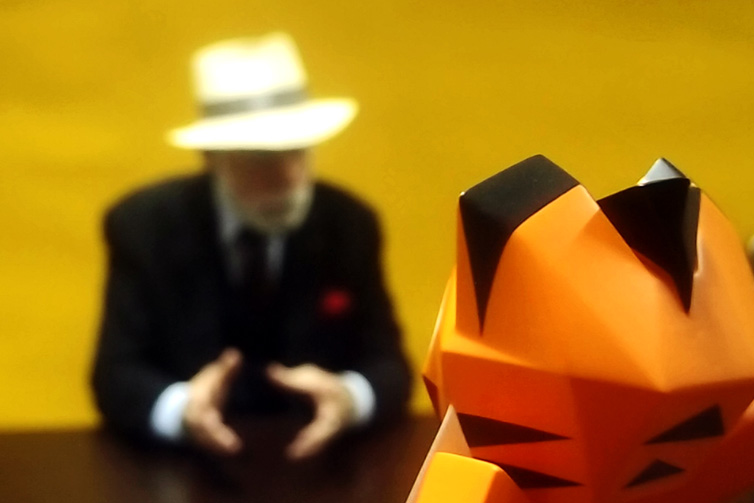 A big part of being at the IGF Joao Pessoa is meeting all the people who care passionately about the internet: how it’s being shaped, the policies behind it, the constantly developing technology, and the human-aspect of it all. One person who we can truly say was at the beginning of all of it, is none other than Vint Cerf, affectionately known as the ‘Father of the Internet’ – RRRAO~ you would think it’s intimidating meeting one of the people responsible for my existence (after all I am a cyber tiger, born from the internet), but he is one of the nicest people I’ve had the pleasure of meeting (TONS of REALLY COOL people)! Plus he reminded me that there were a lot of other people with him working hard on the creation of the internet – team effort for the WIN!

Not only did I get to meet Vint, we also chatted about a few really awesome things like the internet’s impact of wildlife, the building blocks of life on the internet, and even DNA restructuring, it’s RRAWESOME!

Ajitora meets Vint Cerf, VP and Chief Internet Evangelist for Google (AKA Father of the Internet) for the first time. He asks him an intriguing question…

Ajitora and Vint Cerf discuss the beginnings of the internet and the possibility of lifeforms emerging from the primordial soup of code that the internet is made of.

Vint tells Ajitora when it occurred to him, that the Internet was going to affect the world to the extent that it does, while impacting wildlife.

Vint Cerf shares his insights on the prospects of the Internet of Things and whether he thinks there could be an Internet of Life?